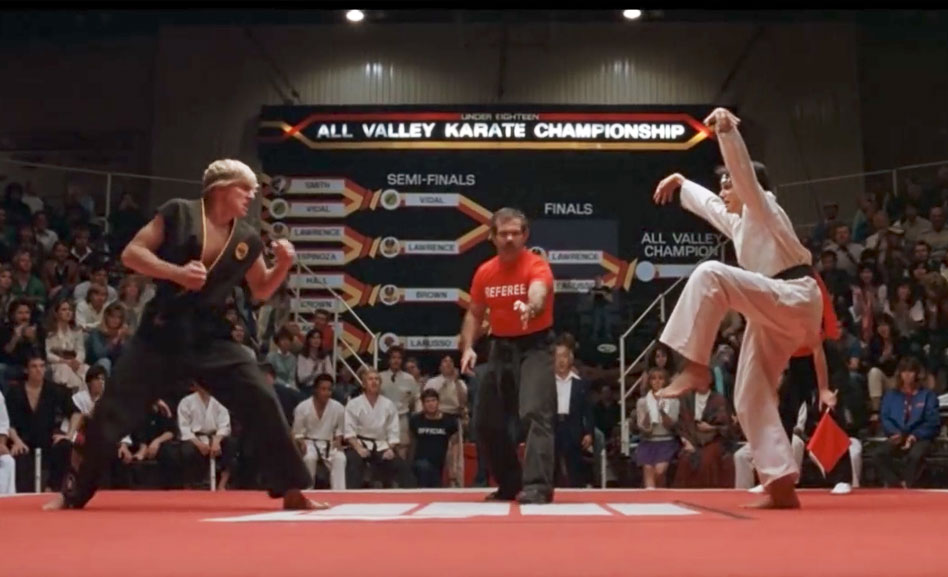 I love watching movies. From the summer blockbusters to the mind bending thrillers, they are one of my favorite forms of entertainment. And I’m sure you won’t be shocked to learn that Hollywood sometimes takes some liberties with reality in favor of telling a good story. Which is fine, as most of the time we don’t even notice. But then there are those times, sometimes weeks or months later, that we look back at the movie and think “hey, that didn’t quite make sense”. So what follows are 10 plot holes in otherwise enjoyable movies. Now, I fully admit that these aren’t all plot holes by definition (I’m using the term for simplicity sake), but there is definitely some movie magic happening with all of them.

1. Back to the Future: Part 3 – The Extra Time Machine

The Back to the Future franchise is one of the most beloved out there, yet it’s now without it’s quirks. In fact, I could probably write a whole list of paradoxes and questions just from the trilogy. However one of the biggest holes has to do with the extra time machine in Back to the Future: Part 3. When Doc gets trapped in the Old West, he hides the DeLorean in a cave for Marty to find in the future. When Marty eventually goes back to the 1885 to save Doc, his car get’s shot by indians, draining it of gas. Marty and Doc proceed to come up with a wacky solution of using a train to get their time machine up to 88mph. Which all begs the question of why didn’t they just go get the other DeLorean. The one Marty brought back with him was the damaged one. Presumably the one Doc hid for Marty to find later is still sitting where he stashed it. 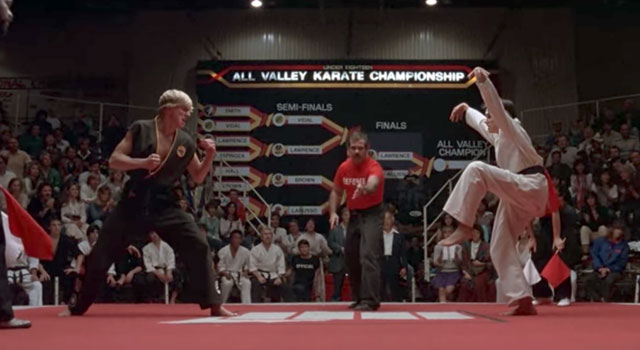 2. The Karate Kid – The Illegal Kick

One of the quintessential 80s movies has to be The Karate Kid. Ralph Macchio and Pat Morita team up to help young Danny deal with his martial arts trained bullies. In the climax of of the movie, Daniel uses the “Crane Kick” to take down Johnny in the championship match of the tournament. He wins the trophy and everyone is happy. Except that he technically cheated. It’s made clear a the start of the tournament that face kicks are illegal and that’s exactly where he hit Johnny. Oops. 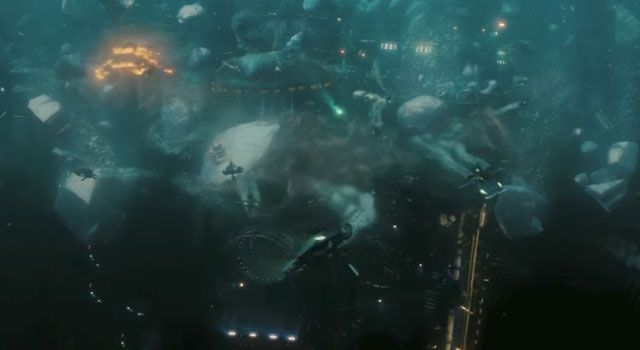 While the G.I. Joe movie was far from perfect, I was easily sucked in by the nostalgia factor. However if you recall the scene at the end of the movie, the Joes attack Cobra’s underwater base that’s hidden below sheets of ice. Eventually, the ice takes damage and huge chunks drop down to smash the base. The problem? Ice floats. 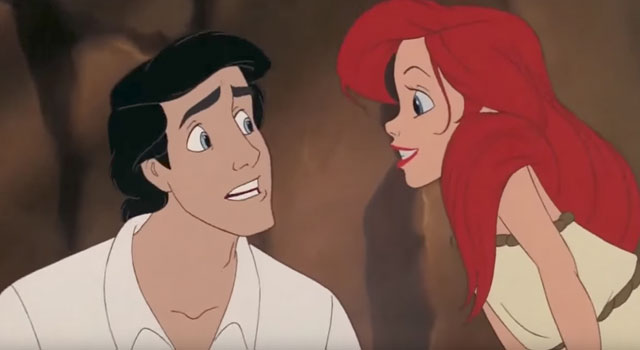 4. The Little Mermaid – Give Ariel a Pen

I have fond memories of watching the Little Mermaid with my younger sister when we were kids. If you’ll recall, the main premise of the movie revolves around Ariel trying to get the prince to fall in love with her, even though she’s lost her voice. She had a number of convoluted plans, yet missed the obvious one. Get a sheet of paper and a pen and have her write “I was the one who saved you.” Boom, problem solved. We know she can read and write, as she signed a contract and had very nice penmanship. 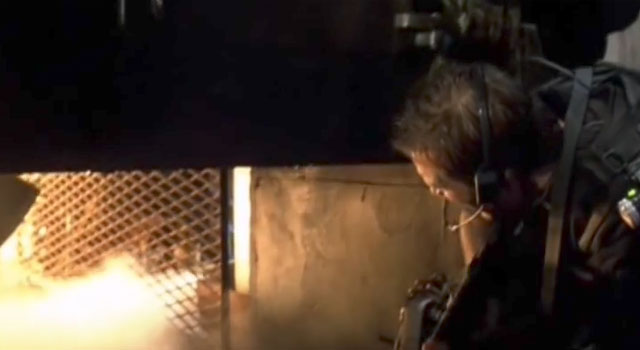 When the team of Seals infiltrates Alcatraz, they bring along John Patrick Mason (Sean Connery) as their guide. Since he is the only one to successfully escape the prison, his knowledge is crucial to their infiltration. Eventually they make their way to the furnace room. Good old Mason explains that he had to roll through a furnace tunnel, one that shoots out flames at timed intervals, to get out the first time. He memorized the timing so all is good as long as it didn’t change. Mason quickly rolls through the tunnel and disappears, only to open a door to let the seals walk into the prison. This all begs the question of why didn’t he just use the door on his first escape? There is clearly a handle on the inside, the side he would have been coming from. He would have only needed to use the fire tunnel to get INTO the prison. 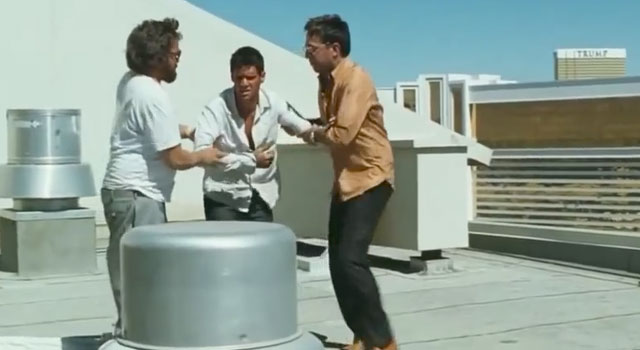 6. The Hangover – Doug on the Roof

The Hangover was a great movie that was quickly followed up by two mediocre sequels. The premise of the movie was a bachelor weekend gone wrong as the groom, Doug, goes missing after a night of debauchery. Eventually, his boys realize that Doug has been trapped on the roof of their hotel the whole time. As the movie takes place over a few days, that means Doug has been trapped on the roof of a Vegas hotel, in the sun, without food or water. As the temperatures in Vegas can reach over 106 Degrees F (depending on the season), chances are, good ole Doug would be close to dead when they found him. Heat exhaustion, dehydration, malnutrition, you name it. Instead, he was just a little ornery. 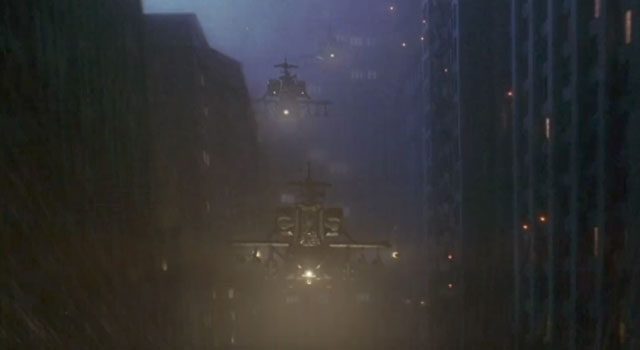 Ok, while not a great movie, the 1998 Godzilla movie did have its moments. One of the more confusing parts of the movie has to be when the military helicopters are chasing after Godzilla through the streets of New York City. While it was exciting to watch them weaving around the buildings, the pilots appeared to have forgotten that helicopters go up…and can hover. Seriously, they could have just hovered above Godzilla and unleashed their payload. Instead, they were trying to make their way through the streets, dodging giant lizard tails and falling building material. I guess death from above just wouldn’t have been as exciting. 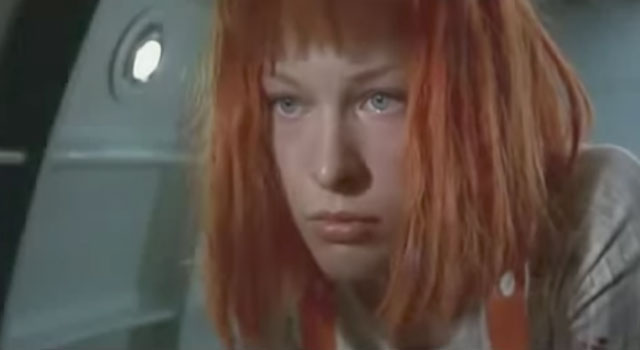 8. The Fifth Element – War and the Stones

I absolutely love The Fifth Element. It’s one of those movies that if I come across it on TV, I will stop and watch it. Yet that doesn’t mean it’s without its flaws. If you’ll recall, as LeeLoo is brushing up on world history, she eventually gets to “war” and has a nervous breakdown. I agree, war is pretty terrible. But since she was working her way though the alphabet, you’d think she would have freaked out a little sooner. Perhaps when she came across terms like: Bombs, Holocaust, Genocide, or Nickleback.

And for a little bonus, the Diva was bringing the stones to LeeLoo and wanted to keep them secure. Solution? Hide them inside of herself. Which begs the question, how was she planning on getting them out of her to deliver? Her timely death helped to avoid the questions, but really, that’s far from practical. 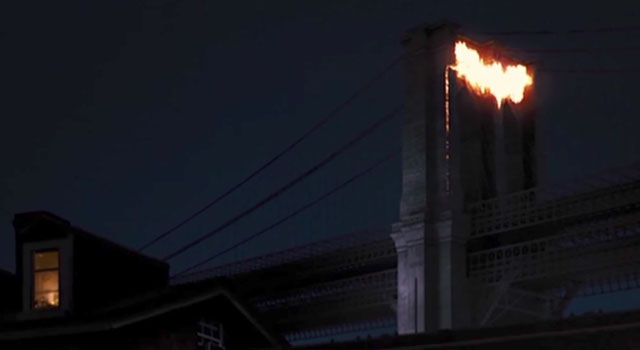 9. The Dark Knight Rises – Out of the Desert

There were plenty of holes in The Dark Knight Rises, easily the weakest movie of the trilogy. For starters, Bruce Wayne eventually escapes his desert prison hole, yet we never figure out how he quickly gets back to Gotham city. He was thrown into a pit in the middle of a desert, in a foreign country. I assume he wouldn’t have been left with his credit card and passport.

And once back, he announces his return by creating a massive bat signal out of fire on the Gotham bridge. While that’s very intimidating, one has to wonder how the hell did he got the gasoline on the bridge in the first place. It must have taken forever for him to paint that on there, which would have required him to go up and down the bridge constantly (and all without being seen). Seems like a lot of work when there were more important things to do, like stopping the executions that the scarecrow was ordering. 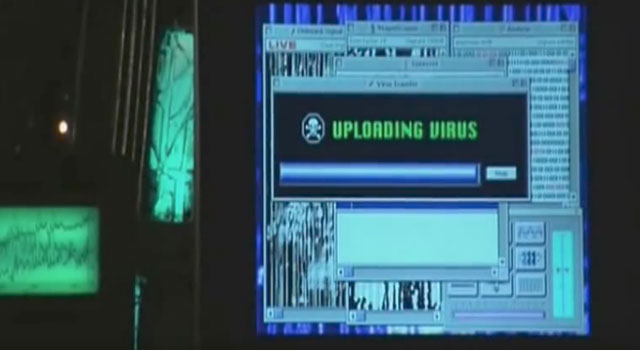 The world is saved from the alien invasion by Jeff Goldblum uploading a virus to the alien mothership. This is great, except we have to put aside our disbelief that a Mac computer, especially a 90s era Mac, was compatible with anything other than another apple product. Back then, Mac and PC compatibility was all but non-existant. As much as I love my Macbook Pro, I have a hard time imagining it’d like right up with a central alien computer. This was about as convenient as it gets. 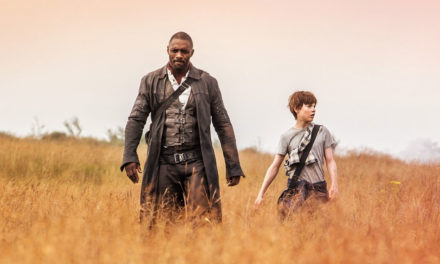 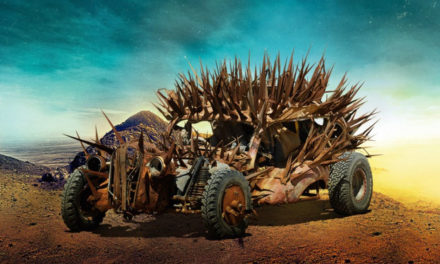