For its third console in a row, Nintendo is trying to be revolutionary. The Wii brought us motion controls which, for a while, were all the rage as the masses embraced this new technology whole heartedly. Then came the Wii U with its integrated touch screen. While it was a neat idea, it was really never utilized to its fullest extent and bad marketing ended up sinking the Wii U.

And now we have the Nintendo Switch. With their newest console, Nintendo has created the first hybrid home/portable gaming machine. We’ve spent the first week and a half since launch with Nintendo’s latest offerings and have some early thoughts on this new system. I’ll assume you are already familiar with the basics of the Switch, so I’ll skip right into what it does well…and not so well. 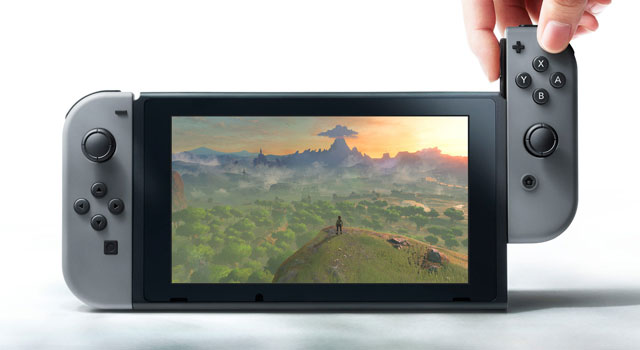 1. As a portable console its awesome…

The Switch is fantastic as a portable console. It looks beautiful and plays great. Popping the switch out of the dock, game play seamlessly transfers to its built in touchscreen. No waiting for a new system to boot up, no having to transfer games. This is how gaming on the go should be. I must admit, there is something magical about how the video switches so seamlessly from handheld to TV. I love it and I never get tired of seeing the transition.

It’s funny. Until now, my way to play games on the go is always with my iPhone or tablet. While there are some gems on iOS, for the most part, gaming on a tablet is a bit lackluster. Yet the fact that we can play a game like Breath of the Wild (more on that in a second) literally anywhere is just amazing. The Nintendo Switch should be required owning for any gamer that has a daily commute.

Yet on the other side of the coin, the Switch is just OK as a home console. While it plays fine, it clearly lags behind Sony and Microsoft in a number of areas: Specs, Power, Graphics, Online Services, Non-gaming apps, you name it.

Some of that will undoubtedly change in the future as the Switch gets software updates. But others, like hardware, won’t be changing. There have already been reports of Zelda suffering from frame rate issues when docked (yet not when played outside of the dock), although I haven’t personally experienced any such issues.

So once again Nintendo will most likely be banking on its stellar 1st party games to help sell systems. Should that happen, I’m guessing 3rd party developers will create games for the Switch. They go where the people are. 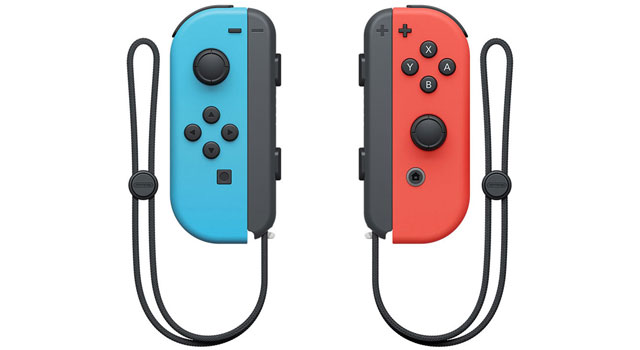 3. The Joy-Cons could use a bit of tweaking.

The Joy-Cons work fine at times, and other times I find myself wishing for a better controller. When attached to the Switch, they work great. I’ve had no issues using them as a built-in controller.

The issues start to creep up when you detach the controllers from the Switch. Some of the buttons, especially when the Joy-Cons are sideways, are a bit awkward to hit and the horizontal controller doesn’t feel that great in my hands.

The buttons for sliding the Joy-Cons out of the dock or game pad are also a bit awkward, and usually I hit other buttons while trying to slide them out. There have also been reports of the left analog stick losing connection, although I haven’t experienced that thankfully.

Finally, I am actually fine with the four buttons replacing the D-Pad. I rarely use the D-Pad for anything other than glorified buttons in games, so this shift works fine for me.

4. The Legend of Zelda: Breath of the Wild is amazing.

Seriously, this may end up being the best Zelda game ever. You’ll have to wait for our fully review, as we didn’t get and early copy. But after about a dozen hours of play, I’m really enjoy this one. The graphics are beautiful, the game play deep, and even the story is captivating.

This also is a truly open world game. One you get out of the game’s gated introductory area, you can literally go anywhere in the game. Want to take on Ganon right out of the gates? You can try, and you will get smashed pretty handily.

One the other hand, 1-2 Switch is not going to be selling any systems. I picked it up for the novelty of it and to play with friends…but it in no way should have been $50. Like Nintendo Land and Wii Sports before it, 1-2 Switch should definitely have been a pack-in game to show of the Switch’s capabilities. The game is a curiosity at best, and I feel like people will be getting bored with it pretty quickly. The mini-games range from entertaining to outright stupid. At least there is a large variety of them. 1-2 Switch is a game that can be enjoyed in specific situations, but it’s definitely not something you are going to sit down to play on a regular basis. I wish I would have waited to buy this one for the inevitable price drop. 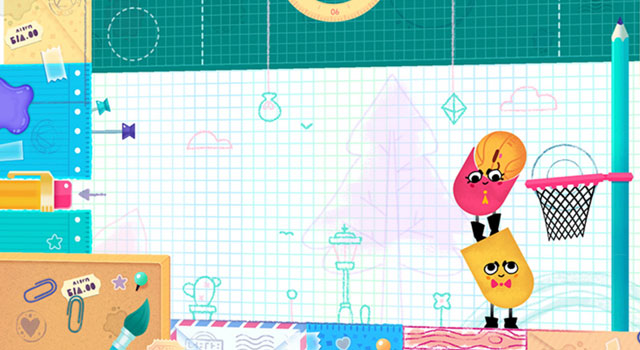 6. Snipperclips is a hidden gem.

That is, if one of the only 10 or so games available for a system can be considered “hidden”. The system launched with a few games in its digital store, and everyone needs to try out Snipperclips. This multiplayer indie title is addictive as hell. Even just playing the demo, I can see the creativity that went into this game.

Many times you will be thrown into a level with no instructions and it will be up to the two of you to figure out what needs to be done. There are a lot of “ah ha!” moments in Snipperclips. Everyone should at least download try the demo out. I’d be surprised if that doesn’t convince you to buy the full game.

7. The system is a bit bare bones right now.

As touched on earlier, the system in general feels really sparse. There are no non-gaming apps (Netflix, HBO Go, etc…) and online functionality is mostly limited to seeing what your friends played. Speaking of, Friend Codes are back (Ugg), but thankfully, they only require one person to input a code before a request is sent off. Nintendo is promising better ways to add friends in the future.

But outside of starting up a game or browsing the limited eshop, there really isn’t much to do in the system menus. I will say that the system speed is pretty snappy, I HATED the original Wii U interface as it was slow as molasses.

Nintendo has already said that more content will be coming down the pipeline in the future, but as of today, there isn’t very much.

8. Then there are the hidden costs.

The Nintendo Switch clocks in at $300, not exactly cheap, but a fair launch price I’d say. But there are really other costs to consider. First, you’ll need a game, as the Switch doesn’t come with anything. Breath of the Wild is the obvious choice at $60.

Then, you’ll probably want a SD card as the systems internally memory will fill up quick if you download a few games ($40).

A travel case is a must unless you have something that will already work in a pinch ($20).

Finally, you are going to want a separate AC adapter. The Switch will play for about 3 hours on the road. Disconnecting the AC from the dock will most likely be a pain for many (mine would require moving my entertainment center), so a second adapter will run you $30.

Other optional purchases might be another set of Joy-Cons ($70) or a Pro Controller ($70). But even without those last two, you are looking at around $150 of extra purchases right at the start.

9. What to Play in the Future?

Breath of the Wild is going to be keeping me entertained for quite a while. At the rate I’m going, I’m guessing it will take me at least 50-60 hours to beat the game. While I also have 1-2 Switch and SuperBomber Man R, those are more games I’ll be playing with friends or my wife. There isn’t much else out right now that I’m excited about and the upcoming release schedule is slim. Mario Kart 8 comes out in April, although I’m a tad annoyed that I’m basically buying the game for the second time. Then there is Splatoon 2 in the Summer and the new Mario game in the Winter. Other than that, it’s mostly ports of 3rd party games already out on other systems.

Although I can’t fault Nintendo completely for this. This is something that pretty much plagues every generation of console launches. The PS4 and XBONE weren’t immune to this issue either.

While the Switch is far from perfect, I really like what Nintendo did here. The idea of a hybrid system is such a great idea, and Nintendo absolutely pulled it off pretty spectacularly. In the past, I’d get a new video game and inevitably have to go somewhere a few days later. I’d always try and cram in as much time as I could with the new game before we’d have to leave for the weekend. Now, I can take it with me. It’s almost liberating to know I can enjoy my latest addiction anywhere I go.

If Nintendo can iron out some of the software quirks with the system, and get some decent games in the pipeline, I think they could bring themselves back into the limelight and truly compete with Sony and Microsoft. Time will tell on this one though.

If you are wondering where or not you should buy the Nintendo Switch today, I’d honestly say you can wait. While I love Breath of the Wild and playing it on the Switch, there isn’t much else that excites me right now. So unless you are a commuter wanting something to play at home and on the road, I’d say way till the fall or winter when there are more games to play and the system software has had a chance to mature.