The Uncharted series has long been one of the Playstation’s flagship titles, selling millions of copies across the series multiple games. This is the 4th game in the main series (if you don’t count the Uncharted Collection remake), with there also being 2 games for thePlaystation Vita and one on iOS/Android.

Uncharted 4: A Thief’s End is supposed to wrap up Nathan Drake’s story and conclude the series. After playing through the 14+ hours of the main game, I can definitely say it’s my absolute favorite of the franchise. The action and story pacing was spot on, and I loved just about every moment of the game from start to finish. I’ve even considered giving the game another play though, which I rarely do.

Since finishing the game, I’ve had some time to reflect on the Uncharted 4 experience. While the game isn’t perfect, it definitely is an absolute gem and probably my favorite game of the year (so far).

Spoiler Waring: If you haven’t played the game yet, there will be some spoilers of the plot, so proceed with caution.

10 Thoughts on Uncharted 4: A Thief’s End

1. The visuals are stunning.

It’s clear that Sony and developer Naughty Dog created a labor of love here. Uncharted 4 definitely showcases just what the Playstation can do. The visuals in the game are absolutely breathtaking as you take Nathan from one exotic location to another. From scenic panoramas to city scenes that utilize depth of field, Uncharted 4 is a technical marvel. I remember a point in the game where your characters are carrying torches through a cave and the flickering of the flame looks incredibly realistic. I was almost hypnotized watching the flames dance around. I think Naughty Dog knew they had something special here as there is even a photo mode in the game where you can pause the action and move the camera around to take screen shots.

2. It’s the little things that make it work.

To help turn the stunning visuals into a immersive experience, Naughty Dog added a lot of nice little touches. Such as when your flashlight goes out and you have to shake the controller to try and squeeze just a little more juice out of the battery. Normally I’m over motion controls in a game, but this was subtle enough to work well. I also liked how when a character gets out of a body of water, they are not only visibly wet, but there are water drops. Or when Nathan slides down a rock bank, he comes up dirty at the end. You can even see the shell casing flying out of your gun when you shoot. It’s all these little elements that help to really draw you into the game and keep you there.

Uncharted 4 isn’t only a visual masterpiece, the games physics and mechanics are also really spot on. Moving Drake around the world is incredibly smooth. He can climb, jump, and shoot with minimal issues. Uncharted 4 features three new movement modes to help mix up the action. Drake now carries around a rope and grappling hook that he can use to swing over gaps or pull things towards him. Nathan’s other frequently used method of transversal are the rockslides. This requires your character to jump on a slop and slide to the bottom, usually having to jump and grab on to something at the end. The attention to detail on these is quite impressive, as seen on this video here. Finally, about halfway through the game, Drake finds a Piton to aid him in climbing. All these new elements combine to help create a more dynamic world for us to enjoy.

Unlike the previous incarnations, Uncharted 4 will mostly have Drake traveling with a companion. Sure, he does spend plenty of time on his own, but much of the game is actually spent traveling with a buddy. For a good part of the game, it’s with his long lost brother Sam. The game will also use the companion to give Drake subtle hints to help him through the story (and they can usually hold their own in a fight).

About 3/4ths of the way into the game Drake stops traveling with his brother and ends up partnering up with his wife, Elena. I actually preferred her as a companion. Not because of any technical reasons, but their banter and dialogue was really interesting. Drake lied to his wife as to why he was going adventuring and eventually got caught (shocking). But their conversations while adventuring together felt very real and I could feel the tension, and also love, between them. It was a great part of the story.

Which leads me into the plot twists, and Uncharted 4 had plenty of them. From the flashback in the beginning where Nathan loses his brother, to finding out he’s actually alive, to getting caught lying to his wife, to the biggest one of all. When Nathan finds out his brother has been lying to him the whole time about owing money to the the drug kingpin, you can see the hurt on Nathan’s face. I’ll admit, I did not see that one coming. Uncharted 4 did a great job with its story, which will suck you in from the beginning. Oh, and Nathan’s last name isn’t even Drake. Who knew?

6. The childhood flashbacks didn’t do much for me.

That being said, I didn’t particularly enjoy the childhood flashbacks. I know they were there to help develop the characters, but playing through them wasn’t very exciting. I guess I cared much more about adult Nate that little kid Nate. I was usually happy for those sections to end so I could get back to the game at large.

7. The driving parts were awesome!

However I was really excited every time I got to get behind the wheel of the Jeep. I loved driving that thing around! When you are looking for the Pirate Towers, and you are offroading around Madagascar, I fell in love with the driving physics. I’m probably going to replay that part because it was so incredibly fun. And later in the game, when you are chasing Sam through the town, the action of that sequence is all kinds of awesome. It makes me wish Naughty Dog would make a driving game, or even release a DLC with more of it!

8. Here there be monsters?

Was was incredibly surprising was that there wasn’t any kind of wacky monsters in the game. Almost every previous Uncharted game had some kind of supernatural foe. Be it “zombies” or “guardians” or even hallucinations, there has always been some kind of monster to defeat. Not so in Uncharted 4, where the closet we get are the mummy bombs. I can’t really say I’m disappointed, I never much cared for that element in the previous games. It was really more of a surprise that it never found its way into A Thief’s End.

9. The end battle was a let down…again

I’ve never really been a fan of the boss battles in the Uncharted Series. While they all haven’t been bad, most have been a bit lack luster. This one was probably the biggest let down though. Nathan has a final confrontation with Rafe, who wants nothing more than to kill Nathan, when all he is trying to do is save his brother and leave. However the super battle with your nemesis ends up boiling down into a giant quick time event (QTE). Ugg.

I am not a fane of QTE in games, hell most gamers I know aren’t. So to cap off the series with a game that has been a masterpiece until now, with a cheesy QTE battle seems like a total cop out. No solving puzzles, not figuring things out, Drake can’t even use a gun. Nope, it’s a lame sword fight that just requires you to tap a few buttons over and over. Boo! 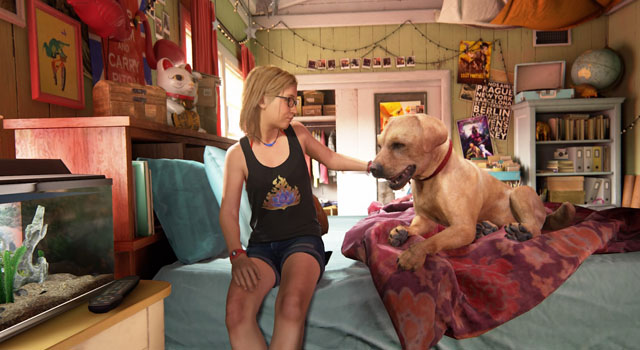 The game could have ended on a bit of a down note with that battle and the simple cut scenes that followed. But Naughty Dog pulled a complete 180 and gives us a great epilogue. It takes us into the future and we see that Nathan and Elena have a kid, Cassie (named after Nathan’s mother). We actually get to control her as she explores their beachside home. Eventually she finds Nathan’s locked “cabinet of wonder”. In it she examines relics from previous games, before getting caught by her parents. At this point, Nathan and Elena are forced to tell her about their past. It’s a heart warming scene that wraps things up nicely.

It also could end up being a tease for the future. Could Cassy be the next star of the Uncharted series? I could tell that she clearly has the explorer bug just from our limited action with her. Replacing Nathan Drake would be really hard, as he’s definitely a fan favorite, but they might accept Cassie if she’s done right.

10 Thoughts on Rise of the Tomb Raider: 20 Year Celebration