When it comes to Military SciFi, there are some pretty big names out there: Starship Troopers, Ender’s Game, and really anything set in the Warhammer 40k Universe. However, after you’ve read some of the classics, you might be interested in some slightly lesser known fare. To that end, we’ve listed out 5 Military Science Fiction books for you reading pleasure. And for those of you with a commute, we’ve made sure each book is already available in audiobook format. I’m sure there are hundreds more books I could add to this list, but I’ve only chosen ones I’ve personally read and enjoyed. I’ve also include a couple of bonus books at the end that don’t quite fit, but are still worth checking out.

Steel World is the first book in the Undying Mercenaries. Set in the future where humanity has joined the galactic community, Earth is required to provide a unique trade good to the rest of the galactic society. It turns out that we are really good at fighting, so Earth mercenaries are what we supply. One of the great features of this series is that Earth has acquired technology to allow dead troopers to be brought back to life quickly in new bodies via revival machines. Steel World is filled with lots of actions, glorious trooper deaths, and some cool scifi tech. I’ve often described this series as if Michael Bay wrote a SciFi book (but not in a bad way).

Armada is the follow up to Ernest Cline’s best seller Ready Player One. This new book is set in the present day and follows around high schooler Zach Lightman, just your average teenage gamer. With a plot that reminds me of the old movie The Last Starfighter, it turns out the the computer game that Zach spends so much time playing is actually a training and recruitment tool for the war that is to come. While not as full of 80s references as his first book, Armada still has some pop culture goodness to it.

The crew of a U.S. Destroyer during WW2 find themselves on the run from Japanese warships in the Pacific. Trying to survive, the captain heads the ship into the heart of a massive storm. When they emerge, they aren’t on Earth anymore, but in a strange new world. This alternate reality book takes the crew of the USS Walker on their adventures where they try to make their way in a world where they are the only humans around. If you enjoy a “fish out of water” story, but technological superiority, then the long running Destroyermen series is worth a read.

Old Man’s War is set in the future where once a person reaches the age of 75, they can enlist in the Colonial Defense Force. What awaits on them upon enlistment is unknown to them, but most realize anything is better than waiting to die in a failing body. Old Man’s War follows John Perry, a 75 year old who joins up with the military on his birthday, leaving his old life behind. I won’t spoil what happens during his enlistment, but suffice to say, this one is absolutely worth a read.

Red Rising is set in the future when man kind has colonized other planets. However society has also devolved into a caste based system between the haves and the have nots. Red Rising follows Darrow, a member of the Red Caste (the lowest) who toils underground in the mines of Mars trying to help terraform the planet for future settlement. However Mars is hiding a terrible secret and when he finds out, everything changes. I want to tell you more, but I’m keeping this as spoiler free as possible (not that this is a huge spoiler anyway). 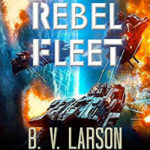 One more book from Larson, a new series of his that he recently started. Since I’ve already included a book from Larson, I’m only throwing this one here for people who enjoyed Steel World. If you liked that type of story, then you’ll also like Rebel Fleet. It has a very similar vibe to the Undying Mercenaries series (without the resurrection machines though). Rebel Fleet features a similar caste of misfits who are fighting the Imperials who have come to our side of the galaxy on a hunting mission.

This one is more alternate history than Science Fiction, but I think it should still count so I added it as a bonus entry. Set during the Napoleonic Wars, His Majesty’s Dragon takes us on the front lines of the struggles of Briton vs France during the height of the war. What’s different this time is that both sides have an ariel corp made up of dragons. Each dragon has not only a crew, but a captain with whom he shares a bond. 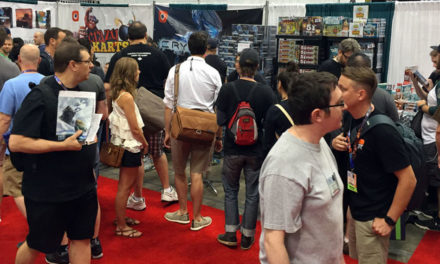