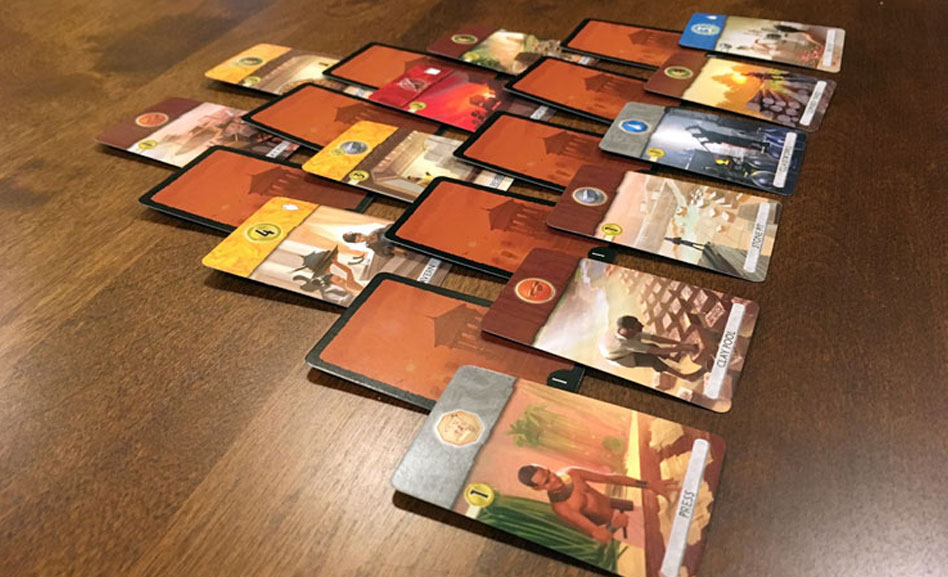 Antoine Bauza’s 7 Wonders has won more awards than I can count and it’s one of the most played games here at Geek 10. I just love everything about the game, from the asymmetrical wonders to the clever card drafting mechanic (7 Wonders was the game that started it all). However if 7 Wonders has a glaring flaw, it’s that it doesn’t play that well with only 2 players. Well our newest Game of the Week takes care of that. 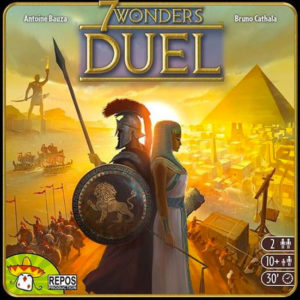 Antonie Bauza and Bruno Cathala (5 Tribes, Abyss) have teamed up to create a 2 player only version of 7 Wonders. While Duel clearly draws some inspiration from it’s older brother, it really does enough to stand on its own with its engaging gameplay.

Instead of choosing and passing a hand of cards, players will select cards from a grid on the table (with some cards face up and others face down). And each card selected will then open up new options for the players as more cards are released from the grid.

One thing to keep in mind with 7 Wonders: Duel is how interactive it is. In fact, this game can be down right mean sometimes as costs to buy resources are influenced by your opponents cards and there are even cards that will have you attacking your opponent (destroying their buildings). 7 Wonders: Duel also differs in the fact that it has three different win conditions. A player wins immediately if they achieve a science or military victory. If neither of those happens, the most points at the end of the game wins.

Despite the matching art and theme, 7 Wonders: Duel is really its own game. In fact, I was a little luke warm on it at first because it was so different. However subsequent plays have really made this little game grow on me, and the Pantheon expansion makes it worlds better (It’s required in my book!). If you are primarily a gaming group of two, this one should be in your collection. 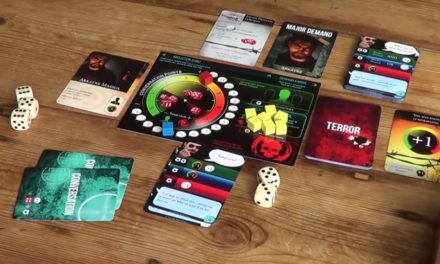 Hostage Negotiator – Game of the Week 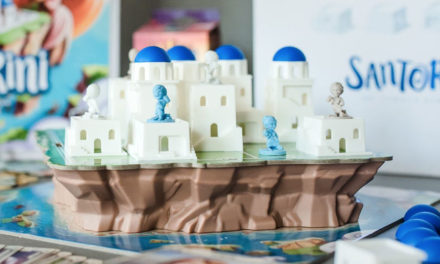 Santorini – Game of the Week 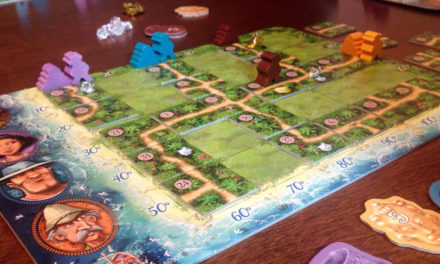 Karuba – Game of the Week 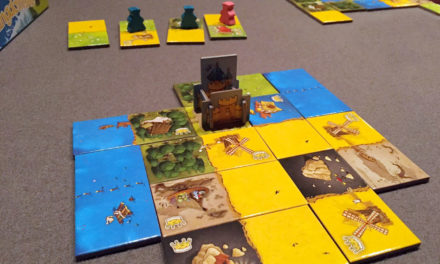