So we’ve finally made it. The last week of 2016. This has been an absolutely crazy year. I’ll spare you the recap of all the highlight and lowlights of the year, because there are just too many to list. As we prepare to move into 2017 though, I thought it would be fun to take one last look back at 2016. There were many fantastic games, movies, and shows released this year, and I’ve picked out my favorites. So without further ado, here are the best of 2016.

It was really hard picking out a #1 board game in a year that had so many good ones. From Mechs vs Minions, to Adrenaline, to Cry Havoc, there was so much goodness released this year. In the end, I chose the game that I’ve had the most fun playing this year. Mansions of Madness: 2nd Edition is a board game where players must work together to explore an old mansion and investigate the strange happenings there. This cooperative game also uses a companion app that integrates perfectly with the base game, eliminating the need for someone to play the “overlord”. I’ve gotten this one to the table countless times and it will be buying every expansions released for it.

Allegiance: A Realm Divided takes the familiar gameplay from Magic: The Gathering and dumps the collectible card game nature of it. Instead of having to spend gobs of money on random booster packs, Allegiance has everything the players need in one, self-contained box. In addition to decks of troops and action cards, players also get to choose from a unique hero that will approach the game in its own way. This one is a must own for fans of the dueling genre.

Barely beating out Uncharted 4: A Thief’s End as my favorite video game this year is Overwatch. This game turned the First Person Shooter (FPS) genre on it head and was a breathe of fresh air. With over a dozen fully balanced and unique heroes to choose from, Overwatch ended up being an accessible FPS game that could be enjoyed by the hard core gamers and the casual players as well. 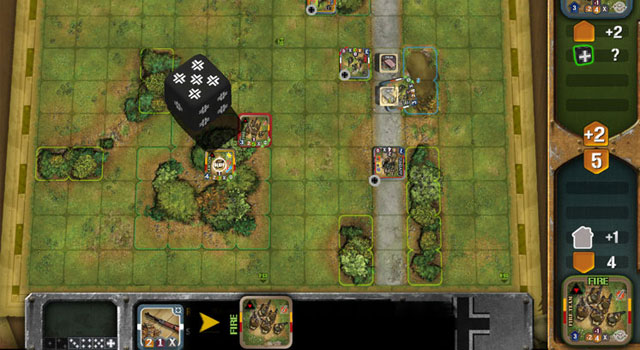 There were quite a few great board games that made the jump from our tabletop to the digital realm this year. Pathfinder Adventures, Castles of the Mad King Ludwig, and Twilight Struggle all come to mind. However, in the end, Heroes of Normandie ended up being my favorite. The Heroes of Normandie App takes an already great war game and makes a perfect translation to our tablets. With campaign play, skirmish, multiplayer, and even rouge-like gameplay, I absolutely loved this one and have been playing it constantly. 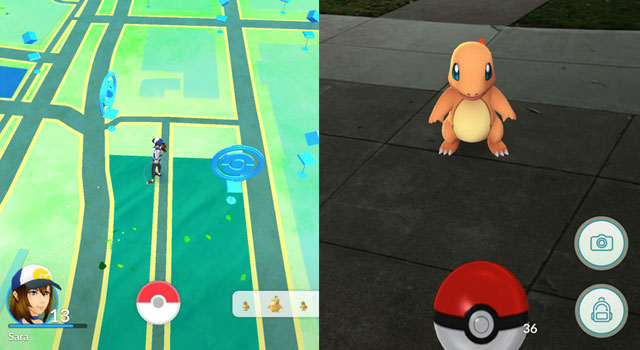 No other game took the mobile world by storm this year quite like Pokemon Go! did. From kids to adults, everyone was heading out to parks this past summer to collect Pokeballs and catch these strange little creatures. Pokemon Go! even lured in people that had no idea what a Pokemon was. While the game was probably launched a bit too early, its development has continued with new releases and updates to further improve the software.

I read a ton of comics this year and Darth Vader was probably the title I was most looking forward to each month. While I enjoyed Southern Bastards, Birthright, and Sex Criminals a lot, Darth Vader is what captured my attention. This comic gives us a look at Vader in the height of his power and after only a few issues, you’ll know why he is so feared in the galaxy.

I had high hopes for Westworld and HBO absolutely delivered on this show. You can read my full thoughts here, but suffice to say, this was easily the best new show of the year. Even my wife, who is not big into these types of shows, became addicted to Westworld. There were so many twists and turns that we are planning on rewatching the entire first season again. Season 2 can’t get here fast enough!

Ever since the Disney buyout of Lucasfilm, I’ve been awaiting my yearly injection of new Star Wars. Last year we were dazzled by The Force Awakens and this year we finally got to step out of the Skywalker story and see another side of the Rebellion. You can check out my 10 Thoughts on Star Wars: Rogue One here, but suffice to say, the Star Wars universe can run just fine outside of the main storyline.

Best Book:
We Are Legion (We Are Bob)

To be honest, I am not a massive book reader. I read about 1 book a month, so this choice isn’t going to be based on a massive sample size. That being said, We are Legion (We Are Bob) was the best new book I read in 2016 (that was released this year). It is set in the far future where we’ve doomed the planet and follows around a sentient, robotic AI that’s working to save humanity and explore the galaxy. With a nice bit of humor, future tech and a even a bit of introspection, We Are Legion was a great start to the series.

It’s hard picking just one gadget when there are so many, and so many different types. In the end, I settled on The Classic NES. This one took the world by storm since its launch and has been nearly impossible to find since launch day. While many are being snatched up by greedy scalpers, those that have been able to get their hands on this console and actually play it, have been immersed in a world of nostalgia that they are loving. If you can find one, grab it!

So that does it for 2016. What were your favorites this year? Let us know in the comments below. Here’s to a great 2017!

Marvel: Color Your Own App – Bring Out Your Inner Artist