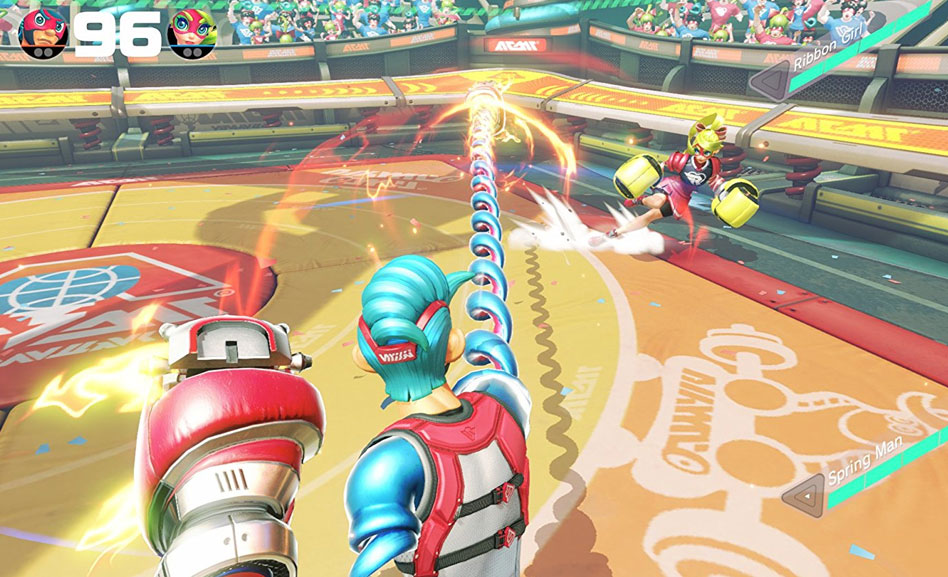 Over the recent weekend, Nintendo allowed players to tryout their new franchise ARMS for a six designated hours. This gave players just a peak of how the game plays and a few of the different fighting modes. I felt that this was a necessity for Nintendo to allow players the chance to see how the gameplay works and if this unique fighting game was right for them. I was very close to buying on release date after the ARMS Direct a few weeks ago, but needed to play the game before I make a final decision.

The only mode that was available during the Test Punch was Party Mode, where you could play with one or two players. You are thrown into a lobby with a few other players and the battles can begin. You don’t get to choose the matches modes in the lobby. They rotate from 1v1, 1v1v1, 2v2, or v-ball where you hit a volleyball over the net with your fist. I was impressed with the online functionality and connectivity. The lobby area showed the current status of the other battles and allowed you to practice and change characters with ease. Maybe Nintendo is finally figuring out online gaming because I didn’t have a single dropped connection during my time with the game.

After the quick tutorial to get the basics of motion controls down, I started playing the game. The game moves at a blistering pace. You have to make quick decisions for movement, dodging, and punches that keeps that action going throughout the match. It takes time to get used to how fast the game moves before things start to slow down and you can see the strategy through the flurry of punches. The game isn’t just a spam fest of punches. Spamming is a strategy that can work, but can be countered with quick movements and jumping.

The character designs are something that drew me to the game in the first place. They are colorful and have a unique set of skills as a fighter. I had time to play with all of them and they each play very different. Even if you settle into playing a one character, the differences between your opponents in terms of movement speed, attack power, and special attacks keeps each battle a different challenge. I never felt the battles getting repetitive or boring during the Test Punch and that was only with limited modes, arm types, levels, and characters.

I’m still torn on which controls to use. I felt that the motion controls worked well once you got used to them. It was a little awkward trying to remember to tilt your hands to move while still trying to land some punches. The traditional controls felt more responsive then the motion controls, but I didn’t feel that they were vastly superior. I will need more time to find what works best for me, but both work well enough that I’m not worried about people finding something that works for them. 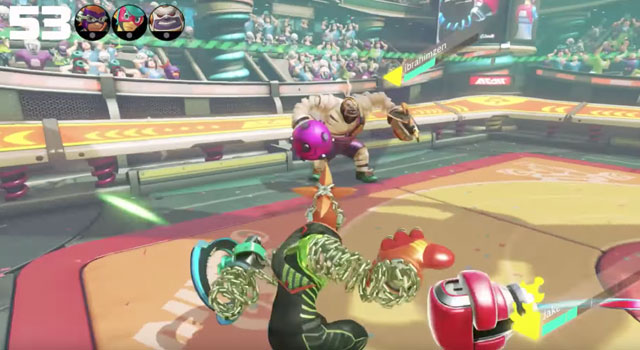 Despite that issue, my kids absolutely loved the game. They loved the characters, the different weapons and the game play immensely. While my son(4) basically spammed punches as quick as he could, my daughter(6) started to use dodging and blocking effectively by the end of our time with the game. While my daughter did better overall, my son managed to win a few games on his own. I didn’t expect the accessibility of this game to be similar to Mario Kart or Smash Bros. but it does. My kids have been asking if we can play more ever since the Test Punch ended and I think that is a ringing endorsement for the game in general.

As of yesterday, I preordered ARMS. The Test Punch gave me enough confidence in the game that pushed me over the edge. With the limited amount that we were allowed to play, the game showed the depth of the game play that I was looking for. I can’t wait to try out all the modes, characters and arm weapon types when the full game comes out. 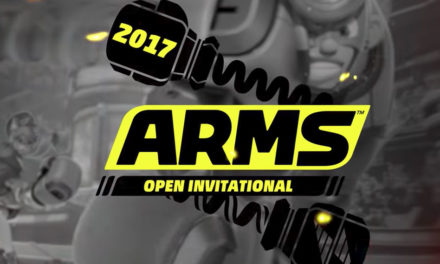 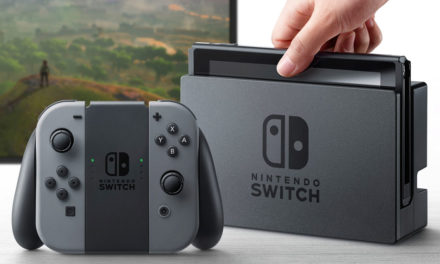 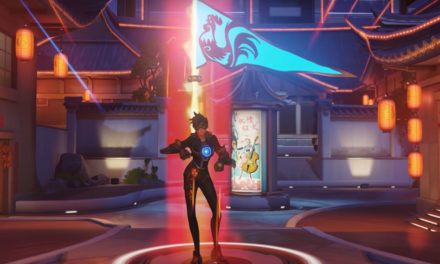