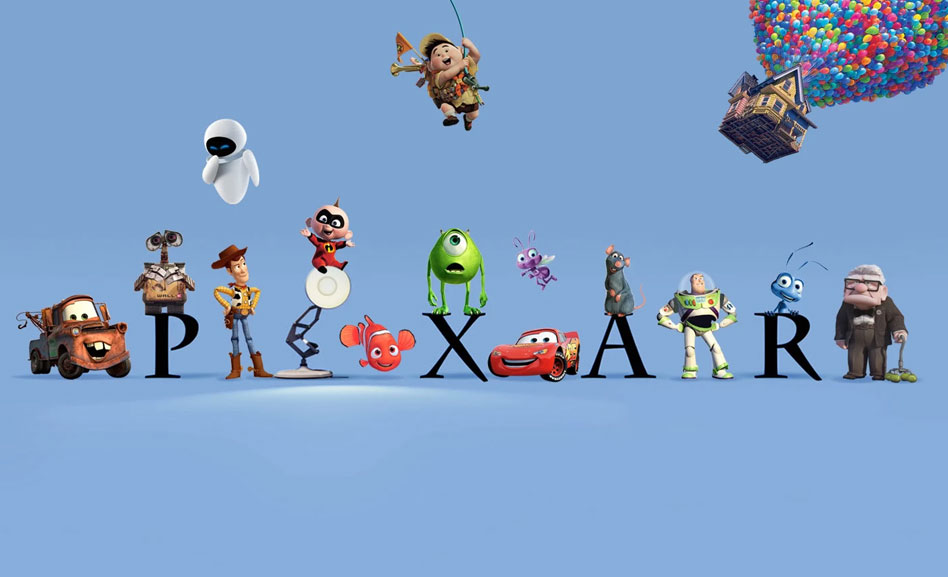 There was a time when animated movies were just for little kids. Back in the day when the Disney princesses were singing their songs, parents would take their young ones to see these movies, but most probably weren’t very excited about making the trip.

And then came Pixar. They showed us that just because a movie is an animated one, it doesn’t have to only be for children. With innuendos, pointed stories, and a plot line with some depth, Pixar gave us the formula of what an animated movie could and should be.

With that in mind, we are going to take a look at our Top 10 Pixar Movies. Just about every movie produced by Pixar has been pretty awesome (OK, maybe not Cars 2), but these are our absolute favorites. 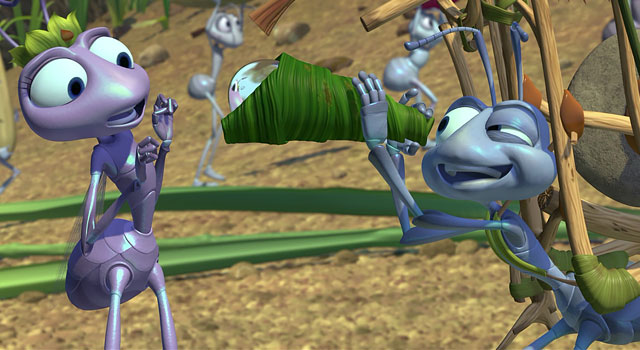 Pixar’s second offering ever, A Bug’s Life was a fresh take on the Grasshopper and the Ants fable, mixed with a little bit of The Seven Samurai. The story follows adventures of the outcast ant Flik, who never really fit in with the other ants of the colony. Once banished, he decides to recruit other insects to help defend the ant colony from the bullying grasshoppers. An entertaining story in its own right, it is often compared to Antz, the Woody Allen animated movie from Dreamworks that appeared around the same time. In my opinion, A Bug’s Life was miles better than Antz. 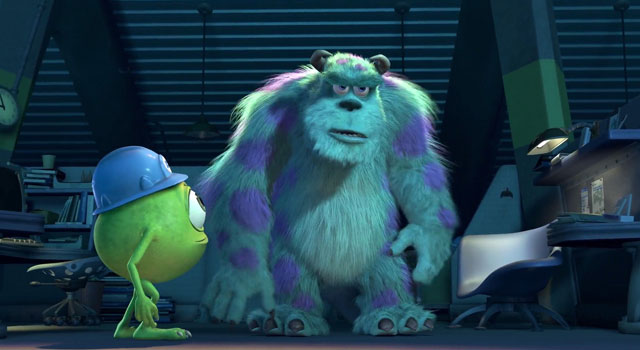 Pixar’s fourth movie, Monsters, Inc. followed up their widely successful sequel movie Toy Story 2. While Monsters, Inc. broke away from movies about toys, it did keep with the childhood fantasy theme as stars John Goodman (Sully) and Billy Crystal (Mike) took on the roles of working class monsters whose job it was to sneak into little children’s bedrooms at night to scare them. Everybody can relate to the fear of the “monster under the bed” (or in this case, the closet), and John Goodman’s attachment to the little girl, Boo, is sure to pull at your heartstrings by the end of the movie.

As mentioned above, Toy Story 2 was an incredibly successful sequel to Pixar’s first premiere movie. This time, the movie follows around Woody (voiced by Tom Hanks) as he is sold to a toy collector. He eventually gets to meet other toys from his toy line and in the end, is faced with a hard choice to make. Does he return to Andy, and continue his life as a child’s toy, all while facing the unknown of the future, or does he stay in his mint condition packaging with the other toys of his line. Thus preserving his life, but in a much duller state. 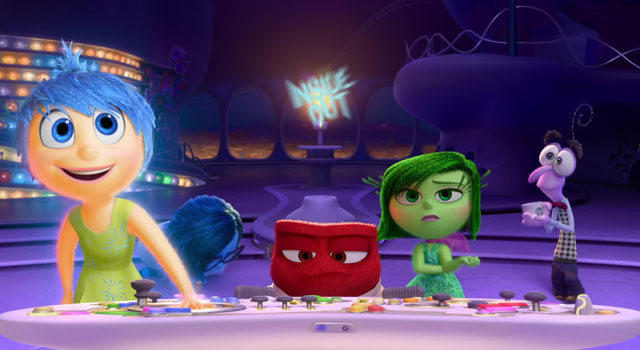 By the time Inside Out debuted, Pixar movies were no stranger to tugging at the hear strings. Inside Out takes us into the mind of an eleven-year-old girl who is struggling with her first big life change. The story follows along the girl’s thought process, animated by 5 different emotions, who make a large mistake, causing the girl to have a bit of a breakdown. It’s a really entertaining story, as long as you don’t think about how this poor little girl spent most of the movie coping with serious emotional issues. My favorite part of the movie has to be the times when we are taken inside the parent’s heads, especially the father. 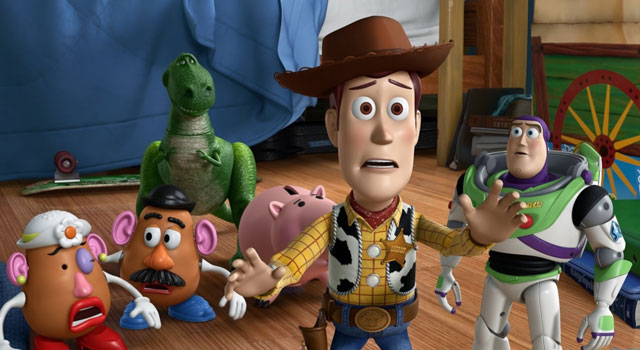 The movie that started it all. Toy Story showed us that not only can CGI be a viable form of animation, but also that animated movies don’t just have to be for kids. Filled with both a metric truckload of nostalgia, and a great buddy story between Woody (Tom Hanks) and Buzz Lightyear (Tim Allen), Toy Story hooks you from the start. The story not only brought to life every kids dream of having their toys come to life, but also made us think about how older toys feels when a new one comes to “steal their thunder”. 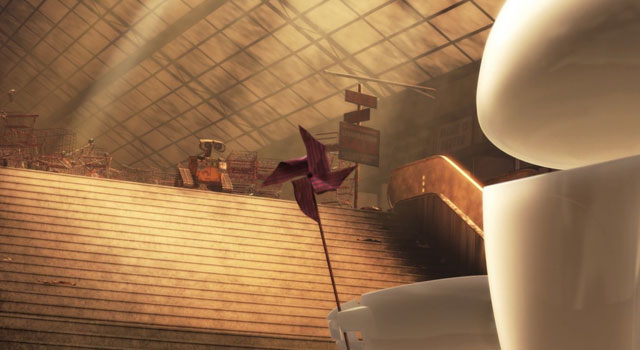 One of the great things about Wall-E was how the main character of the story was able to capture our hearts without uttering a word of dialogue. Between following Wall-E around on the lonely planet, to watching his love affair blossom with Eve, Wall-E provides a highly entertaining journey in the future. While a great story on the surface, Wall-E is also a fantastic post-apocalyptic story that takes a look at our cultures rampant consumerism, waste, and laziness. 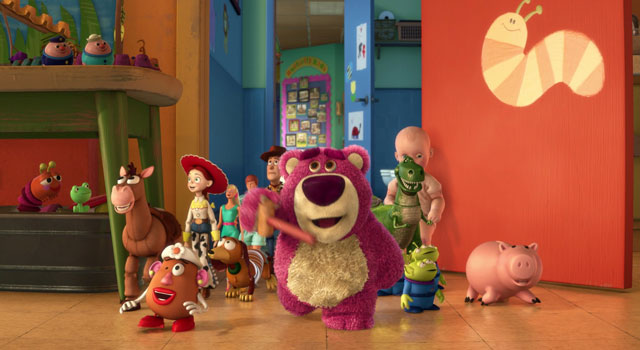 Who would have thought that the third movie in a trilogy could outshine its predecessors. Rarely in cinema is a sequel a better movie then the original. The movie follows Woody and crew as Andy has gone off to college and the toys are given to a daycare center. Toy Story 3 has all the humor you’d expect from a Pixar movie, but also has a bit of drama and action sprinkled in. Eventually, the toys realize that the daycare is more of a prison than anything. Once they realize what their life has become, the toys stage a prison break, and what follows is a great bit of animated action. It’s really easy to get caught in the moments of Toy Story 3, especially during the great escape as the toys attempt to break out of their Alcatraz-type daycare. 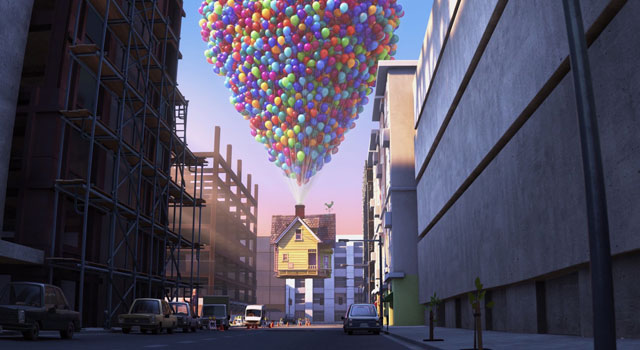 Within the first 10 minutes of Up, if you are not brought to the verge of tears (or all the way), then you are some kind of emotionless robot. Up tells a better love story in that five minute montage than most movies do in their full two hour run. Right off the bat, Pixar knows how to get us invested in these characters. The rest of the movie follows along our hero as he takes his house on a relocation journey to the place his wife always dreamed of. Along the way he meets a famous, long lost adventure, and Doug, one of the best talking dogs to ever grace the silver screen. This one is not to be missed. 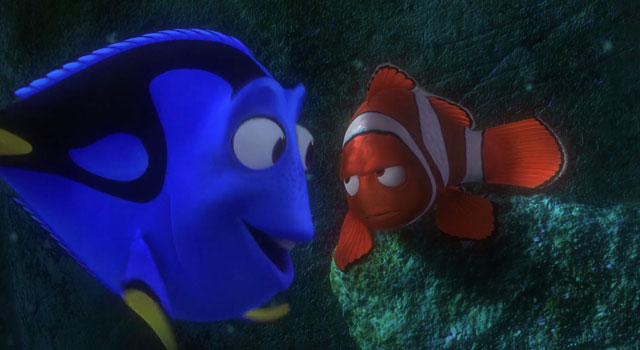 Finding Nemo is a movie that just about every parent can relate to. The film’s story follows an overprotective father as he journeys to find his long lost son. Its a story that grips you from the start and takes you along with Marlin (Albert Brookes) and Dory (brilliantly voiced by Ellen DeGeneres) as they search for young Nemo. What follows is an emotional journey with plenty of the usual pixar humor and drama. Finding Nemo produced incredibly memorable characters and moments along with some outstanding visuals. A sequel to Finding Nemo, Finding Dory has already hit the theaters. While I haven’t seen it yet, I’ve heard great things about it. 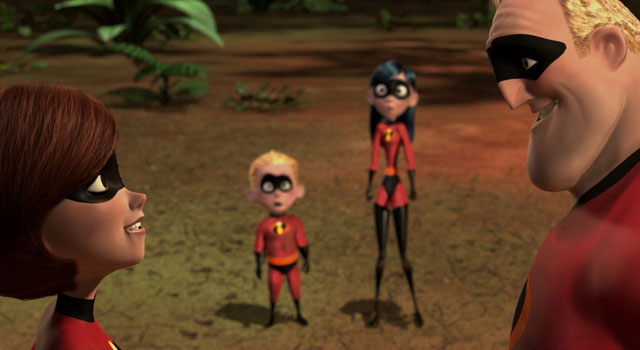 The Incredibles has always been my favorite Pixar movie. From the moment I first saw it, it become the one Pixar movie that I’ve been begging for a sequel to. The story follows around a pair of superheroes, Mr. Incredible (Craig T. Nelson) and Elastigirl (Holly Hunter), that are forced into early retirement and must live out a normal life with their 3 children. The movie takes on familiar comic book tropes and mashes them up with a great family story. The Incredibles features some of the most memorable characters of all the movies including Frozone (Samuel L. Jackson) who fights with his wife about being a superhero, Buddy Pine (Jason Lee) who worshiped Mr. Incredible as a kid, but after he is rebuffed by his one time idol, he becomes a supervillian. One of my favorite lines in the movie is when Buddy “catches himself monologuing” and the movie has a laugh at this familiar action movie trope. 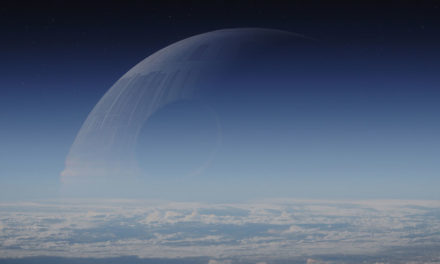 10 Thoughts on Star Wars: Rogue One 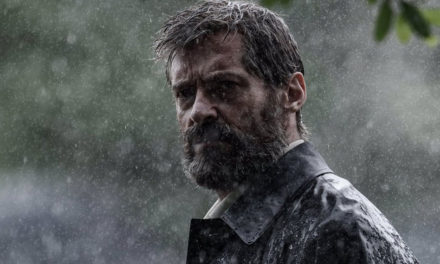 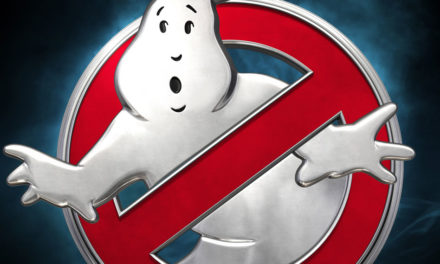 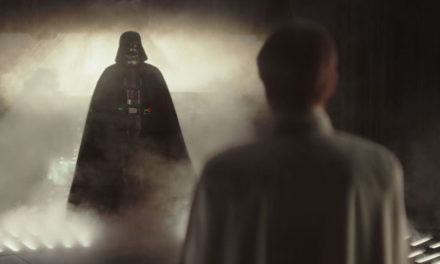