Thanks to a rather large push from Asmodee Digital, many board games have been making the jump to our tablets lately. Potion Explosion, Jaipur, Race for the Galaxy, and Terra Mystica are just a few poplar tabletop games to get iOS conversions this year. So that got me thinking, what’s on my wish list for digital board games. While there are probably hundred of games I’d like to see make the jump, these ones are the ones I’m most clambering for (in no particular order). To keep things simple, I’m going to exclude ones I really want, but are already in the works (7 Wonders).

This one is probably at the top of my wish list. I really, really like Netrunner. An asymmetrical card game where one player takes on the role of an evil corporation trying to advance their agendas, while the other is a hacker trying to break in and expose them. However I have a hard time getting this one to the table because my main gaming partner (my wife) has no interest in deck construction. And due to the secretive nature of the cards, I can’t build the deck for her, which leaves me without a regular gaming parter for Netrunner. I would download this as an app in a second.

Already a winner of many 2016 board game awards, Terraforming Mars has players competing to, you guest it, terraform mars. It’s a really fun and deep game, yet its learning curve is fairly steep and it’s just not that friendly for new players. Having a digital version would not only let me play when I don’t have other people around, but also give new players a chance to learn how to play and the variety of cards without having to get trounced in a 90 minute game.

Star Wars: Rebellion is an epic game simulating the clash between the Empire and the Rebellion in the Star Wars universe. As awesome as the game is, it also takes about 2-3 hours to play. I rarely have that kind of free time to dedicate to one game, much less a willing partner to commit. I would think an app that I could play vs the AI would let me get my fix in in less than an hour.

One of the most brutal cooperative games out there, Robinson Crusoe isn’t afraid to beat down its players and it clearly doesn’t pull any punches. I’d like an app version of this game so I could play it a lot more often, and quicker. I figured If I could play it faster, there is a chance I might actually win a game of it someday. All joking aside, I’d love to be able to play this cooperative game about struggling to survive on a deserted island in short bursts and on the go.

Space Cowboys episodic time travel game would be a great candidate for a digital app. Instead of having to print up $30 one-time use expansions, they could release each expansion as a cheaper DLC. The game is mostly just cards, so Time Stories would translate fairly easily to a digital app. There really wouldn’t be much of an AI that needs to be coded either, since everything is driven off the cards and the player’s decisions.

Even though I chose Legendary: Marvel, you could really replace this entry with any of the Legendary titles (Alien, Firefly, Predator, Etc…). While I love playing the Legendary games, one of the worst aspects is the setup and teardown. Legendary usually involves shuffling a lot of different cards together, which must then be separated at the end. An app could help skip that step completely and let me jump right into the game. Legendary: Marvel also has a boat load of expansions already released from all around the Marvel universe, meaning there is already plenty of content that the app could utilize.

A forgotten game from Greater Than Games, Galactic Strike Force was their first title unrelated to Sentinels of the Multiverse. While the game had some good ideas, it was SUPER fiddly. Every phase had you checking cards for icons and events. It was so bad my back hurt by the end of the game. After my first play, I knew that this game would be about 1000 times better as an app. Having a computer handle all that book keeping for you would just be perfect.

8. Firefly: The Board Game

One of my favorite pick up and deliver games, Firefly: The Board Game has one big issue right now. It’s a MASSIVE table hog. Thanks to all the great expansions, getting Firefly to your table means you have to have a large gaming space. Turning this game into an app would immediately solve this problem (along with the fairly involved setup time). I could still get my firefly fix in without having to utilize every square inch of my available gaming surface.

What? A minis game as an app? Wait, here me out. After playing the Space Hulk app, it was clear that a minis game can succeed as an app. Heck, even Battlelore has made the jump to digital. Thanks to ever-improving rendering engine, graphics can look great and we can have a simulated 3d map. Star Wars: Imperial Assault has a great campaign and I’d love for it to be turned into an app. We could get rid of the overlord role, or even make the game two sided where you play the overlord in one campaign, and the rebel heroes in the other.

While yes, with an app you would lose the tactile dice rolling feeling that you get in Star Wars: Destiny, it would still be enjoyable to play. The main reason I’d like to see an app is so I can play the game. I tend to avoid all things collectible, and that includes this really enjoyable Star Wars game. I’m just not a huge fan of the CCG model and tend to avoid all of those games like the plague. If Fantasy Flight Games could figure out a way to turn this into an app without it being a “free to play” money sink, I’d be on board in a second. 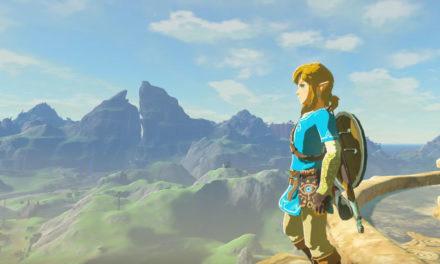